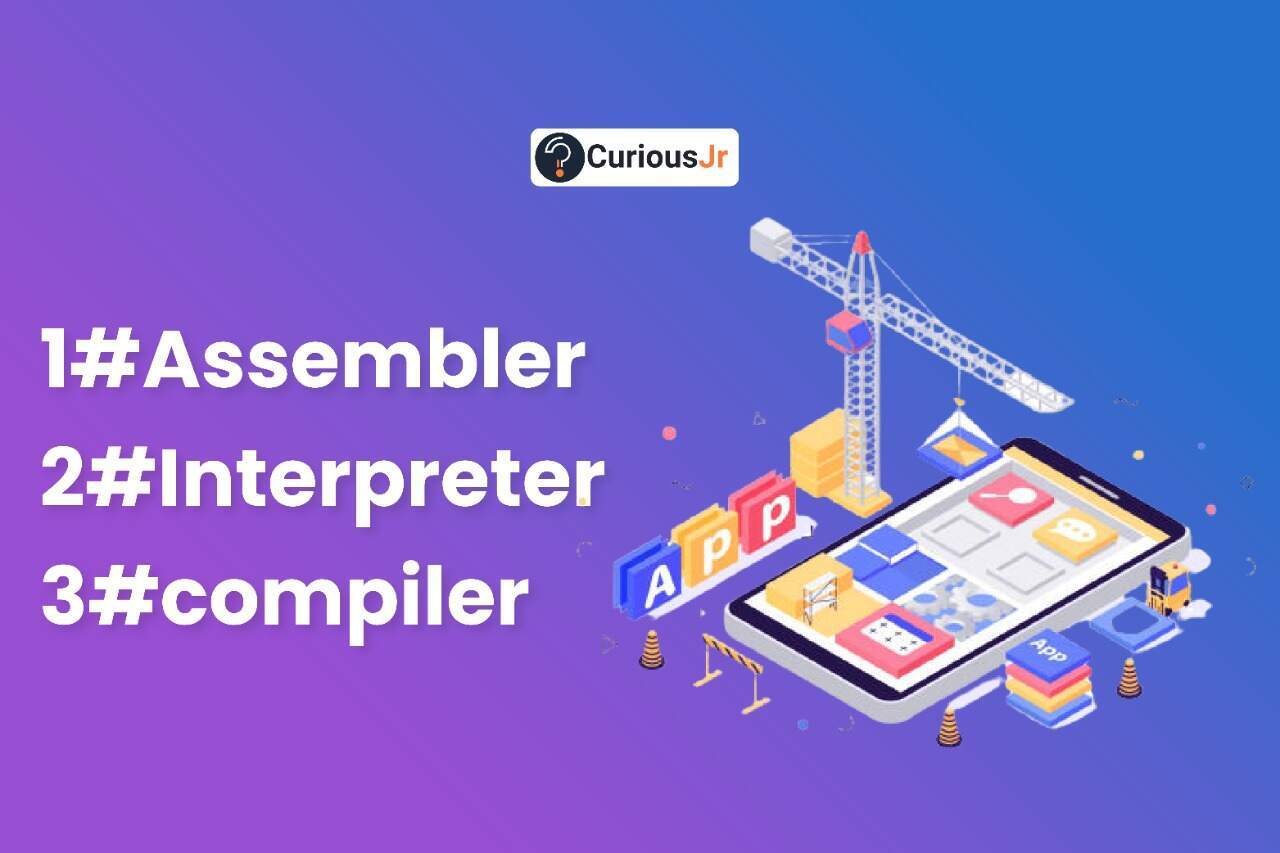 In this blog we will discuss the following:-

Generally, the purpose of a translator is to translate that specific topic into an understandable form for the required person. In this case, a translator in a computer program is used to translate that programming into an equivalent form that is understandable by the computer without changing its functional or logical structure or the meaning of the program. The translations in a computer include the translation between the high-level language and human-readable computer languages such as C++, Java, and COBOL.

A compiler is a software (or combination of programs) that converts source code written in one programming language (the source language) into code written in another programming language (the target language) (the target language, often having a binary form known as object code). Creating executable software is the most typical purpose for translating source code. The term "compiler" refers to the software that translates source code from a high-level programming language to a lower-level programming language (e.g., assembly language or machine code). The compiler is known as a cross-compiler if the built application can run on a machine with a different CPU or operating system from the one on which the compiler runs. Compilers, more broadly, are a subset of translators. A decompiler is a software that converts a low-level language to a higher-level one. A source-to-source compiler or transpiler is software that translates between high-level languages. A language rewriter is a program that converts the form of expressions into another language without changing the language itself.
A parser generator, which is frequently used to assist in the creation of the lexer and parser, is also referred to as a compiler.

A compiler is likely to perform many or all of the following operations:

Because program errors produced by incorrect compiler behavior can be difficult to track down and fix, compiler developers put a lot of effort into ensuring compiler accuracy.
Compilers made it possible to create machine-independent programs. Machine-dependent assembly language was widely used prior to the invention of FORTRAN, the first higher-level language, in the 1950s. Assembly language, like machine code, produces more refinement on the same architecture, but it must be adjusted or rewritten if the program is to be performed on a different computer hardware architecture. Programmers could construct machine-independent source programs with the introduction of high-level programming languages that followed FORTRAN, such as COBOL, C, and BASIC. A compiler converts high-level source programs into machine-language target programs for specified hardware. The user can run the target program after it has been produced.

1. Single Pass Compiler:-The ability to compile in a single pass has long been regarded as a positive since it makes the process of developing a compiler easier, and one-pass compilers are typically quicker than multi-pass compilers. As a result, many early languages were expressly intended to be constructed in a single pass, partly due to the resource constraints of early computers (e.g., Pascal).
In certain circumstances, the design of a language feature may need more than one pass through the source code. Take, for example, a declaration on line 20 of the source that has an impact on the translation of a statement on line 10. In this situation, the first run must collect data on declarations that come after statements that they influence, with the actual translation taking place in a future phase. The downside of compiling in a single pass is that many of the advanced optimizations required to build high-quality code are not achievable. Counting how many passes an optimizing compiler does can be tricky. For example, various optimization stages may analyze one expression several times while only analyzing another expression once. Researchers interested in building observably accurate compilers employ the concept of breaking down a compiler into little programs. Proving the correctness of a collection of little programs frequently takes less time than proving the correctness of a single, bigger program.

3. Incremental Compiler In a run-time environment that also includes interpreted functions, individual functions can be compiled. The incremental compilation has been used in Common Lisp systems since 1962 when the first Lisp compiler was released.

4. Stage Compiler Compilers that compile to a theoretical machine's assembly language, such as some Prolog implementations. The Warren abstract machine is another name for this Prolog machine (or WAM). Compilers for Java, Python and other languages are a subclass of this.

Let us understand more about interpreters through some examples

Assembly language is translated into machine code by an assembler. An assembler is a software that converts notations and syntax for operations and addressing modes into numerical counterparts, resulting in object code.

It consists of mnemonics for machine opcodes, which are translated 1:1 from mnemonic to direct instruction by assemblers. An assembly language (or assembler language) is a low-level programming language for a computer or other programmable device in which the language and the architecture's machine code instructions have a very strong (usually one-to-one) connection. In contrast to most high-level programming languages, which are typically portable across many architectures but require interpreting or compiling, each assembly language is specialized to single computer architecture. A utility software known as an assembler converts the assembly language into executable machine code; the conversion process is known as assembly or assembling the code.

Based on how many passes through the sources, assemblers are classified into two types.

In both circumstances, the assembler must be able to calculate the addresses of the following symbols by determining the size of each instruction on the initial passes. This means that if the size of an operation referring to an operand defined later depends on the type or distance of the operand, the assembler will make a pessimistic estimate when encountering the operation and pad it with one or more "no-operation" instructions in a later pass or the errata if necessary. Addresses may be recalculated between passes in an assembler with peephole optimization, allowing pessimistic code to be replaced with code customized to the precise distance from the target. The usage of one-pass assemblers was originally motivated by the need for speed, as a second pass would frequently need rewinding and rereading a tape or rereading a deck of cards. This is no longer an issue with modern computers. The absence of errors in the multi-pass assembler makes the linking procedure (or the programs load if the assembler outputs executable code directly) quicker.