How do Computers work? 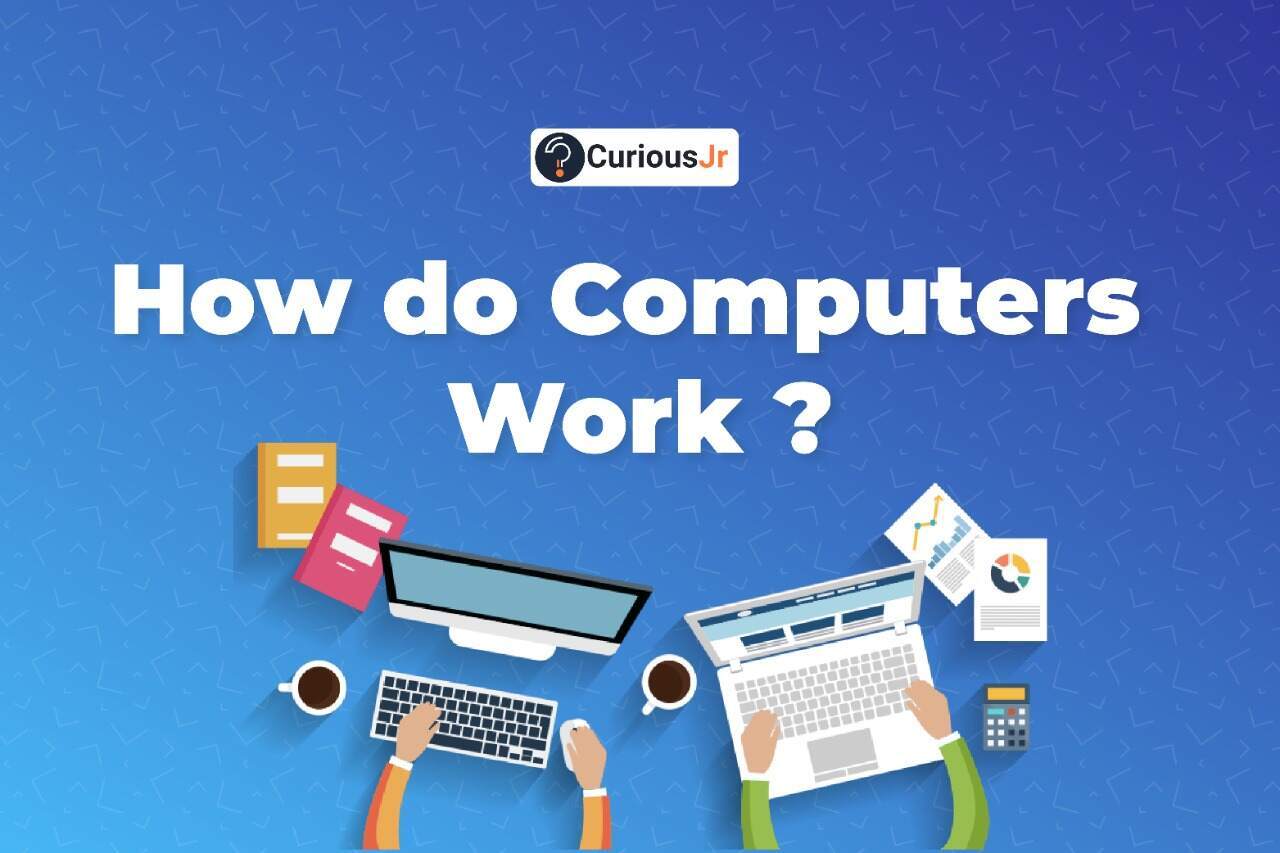 In this article we will be discussing the following:- 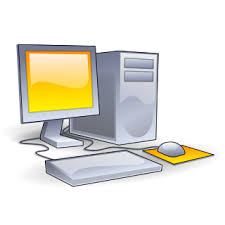 What is a Computer?

A computer is an electrical machine that processes information, in other words, an information processor: it takes in raw data (or information), stores it until it's ready to use it, chews and crunches it for a while, and then spits out the results at the other end. There is a term for each of these processes. Input is the process of receiving information, memory (or storage) is the process of storing information, processing is the process of digesting information, and output is the process of spitting out results.Consider what it would be like if a computer was a person. Let's say you have a friend who excels in arithmetic. She is so skilled at arithmetic that everyone she knows sends her their problems. She goes to her mailbox every morning to discover a stack of new arithmetic problems awaiting her attention. She stacks them on her desk until she has time to go through them. She picks a letter from the top of the stack each day, reads the issue, figures out the solution, and scribbles the answer on the back. She places it in an envelope addressed to the individual who emailed her the initial problem and places it in her out tray, ready to be mailed. She then moves on to the following letter in the stack. You can see that your companion is operating in the same manner as a computer. Her intake is her letterbox; her memory is the pile on her desk; her brain is the processor that solves the issues, and her output is the out tray on her desk. All the stuff on your desk makes a lot more sense if you understand that computers are about input, memory, processing, and output.

Major Components of a Computer

What is a Computer Program?

Computers today are used to solve a far larger range of issues, but they are all ultimately calculations. Everything a computer does, from assisting you in editing a digital camera shot to present a web page, requires altering numbers in some manner. Let's say you're looking at a digital photo in a paint or photo-editing application and decide you want to make a mirror version of it (in other words, flip it from left to right). The shot is made up of millions of individual pixels (coloured squares) organised in a grid arrangement, as you certainly know. Taking a digital shot is like an immediate, ordered exercise in painting by numbers since the computer saves each pixel as a number. The computer merely reverses the sequence of integers so that they flow from right to left instead of left to right to flip a digital snapshot. For example, imagine you wish to brighten the shot. All you have to do is move the "brightness" icon to the right. The computer then goes over all of the pixels, raising their brightness values by, say, 10% to brighten the entire image. As a result, the issue boils down to numbers and mathematics once more. A computer differs from a calculator in that it can function independently. You just give it your instructions (referred to as a programme) and it takes care of the rest, conducting a long and sophisticated sequence of operations on its own. If you wanted a home computer to perform nearly anything in the 1970s and 1980s, you had to develop your own small software to accomplish it. To write a letter on a computer, for example, you had to develop a software that read the letters you entered on the keyboard, stored them in memory, and displayed them on the screen. Writing the software frequently takes longer than accomplishing whatever it was you intended to do in the first place (writing the letter). People quickly began offering programmes such as word processors to eliminate the need for you to develop your own programmes.Most computer users nowadays rely on pre-written applications such as Microsoft Word and Excel, or download apps for their tablets and smartphones, with little regard for how they got there. (Apps are basically really well packed computer programmes, in case you were wondering.) Few people nowadays create programmes, which is a pity because it's a lot of fun and a really valuable talent. Most people regard computers as tools that assist them in performing tasks rather than complicated technological machines that require programming. Some would argue that this is a good thing, because most of us have more important things to do than programme computers. However, if we all rely on computer programmes and applications, someone needs to develop them, and those talents must continue to exist. Fortunately, there has been a rebirth of interest in computer programming recently. With the assistance of easy-to-use programming languages like Scratch, "coding" (an informal word for programming, since programmes are commonly referred to as "code") is being taught in schools again. A rising hobbyist movement is driven by do-it-yourself devices like the Raspberry Pi and Arduino. And Code Clubs are sprouting up all over the world, where volunteers teach kids how to programme.

Difference between Hardware and Software.

A computer's beauty is that it can run a word-processing application for one minute and then a photo-editing programme for another five seconds. In other words, the computer can be reprogrammed as many times as you want, even though we don't think of it that way. This is why programmes are sometimes referred to as software. They're "soft" in the sense that they're not set in stone and can be readily modified. When you purchase a computer off the shelf, the hardware—the parts and pieces from which it is formed (as well as the peripherals you connect into it, such as the mouse and printer)—is pretty much fixed. Your computer's power comes from its hardware, while its flexibility comes from its ability to execute a variety of programmes. The fact that computers can perform so many various tasks is what makes them so useful—and why so many of us couldn't imagine life without them!

What is an Operating System?

Assume you're in the late 1970s, before off-the-shelf computer software was ever conceived. You want to set up your computer as a word processor so you can start writing your first novel, which is simple but will take a few days. After a few weeks, you've had enough of writing and decide to reprogramme your machine to play chess. You decide to programme it to save your photo collection later on. Every one of these apps does something different, yet they all accomplish a lot of the same things. They must, for example, be able to read the keys pressed down on the keyboard, store and retrieve information from memory, and show characters (or pictures) on the screen. That's the main concept behind an operating system: it's the core software of a computer that (basically) manages input, output, storage, and processing. An operating system can be thought of as the "foundations" of a computer's software, on which additional programmes (called applications) are constructed. So a word processor and a chess game are two distinct apps that both rely on the operating system for fundamental input, output, and other functions. The operating system is supported by a more fundamental piece of software known as the BIOS (Basic Input Output System), which serves as an interface between the operating system and the hardware. Unlike the operating system, which is the same on every computer, the BIOS differs from one machine to the next depending on the exact hardware configuration and is generally created by the hardware manufacturer. The BIOS isn't strictly speaking software: it's a programme that's semi-permanently stored in one of the computer's main chips, which is why it's referred to as firmware (it is usually designed so it can be updated occasionally, however). Another significant advantage of operating systems is that they may be customised. Almost all computers of the 1970s (and early 1980s) were unbelievably different. They all ran in their own, peculiar ways, using hardware that was very unique (different processor chips, memory addresses, screen sizes and all the rest). Programs created for one computer (such as an Apple) are unlikely to operate on another (such as an IBM) without significant adaptation. For programmers, this was a major issue because it meant they had to rebuild all of their programmes every time they wished to execute them on a different system. What role did operating systems play in this? All you have to do is develop programmes that run on the operating system if you have a standard operating system that you tweaked to function on any computer.

Computers and their applications spread quickly and extensively throughout the world. Because of their diverse capabilities, they are employed to handle a wide range of jobs. It aids in the resolution of challenges that humans face on a regular basis. As a result, they have a greater impact on our lives. Savings in money, time, and effort are clearly established as the impact of computer usage on our lives. Examine advancements in the fields of communication, education, utility services, and health care to get a sense of the breadth of computer intervention in human existence.As long as the proper processes are followed, the accuracy rate of work done by computers is quite high. The incidence of human mistake falls dramatically, and human labour becomes obsolete. The simplicity with which computers can be controlled means that an increasing number of individuals are capable of performing such tasks. At the same time, because the machine lacks its own intellect, making decisions at vital times becomes even more difficult because the machine lacks the capacity to appraise the circumstance.To summarise, computers have altered our lives in ways we could never have imagined, and they continue to have a significant impact on human existence and behaviour. It delivers cutting-edge amenities for our daily lives, as well as efficient learning, production, control, and use.