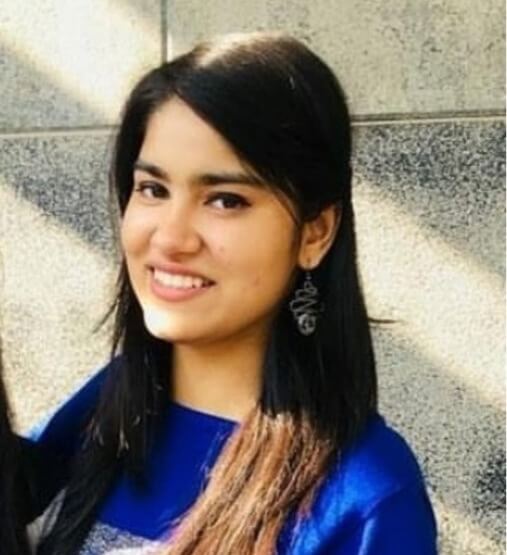 How can kids Code a Game?

When we talk about coding most people judge coding as a boring bunch of lines adhering to several rules, convention, and whatnot. So here I am to stop all these myths and present some creative sides of coding. We as programmers can do a lot of interesting and eye-catching work but how can kids see this interesting side of coding? What are the goals we can set for them? How can you motivate them to code? So many questions and the answer to all the questions is to show them what they love and kids love games, Imagine Games they play now could be created by them. You might be thinking can they code games? Yes, this is possible, and when they create what they love they do better. So why not? 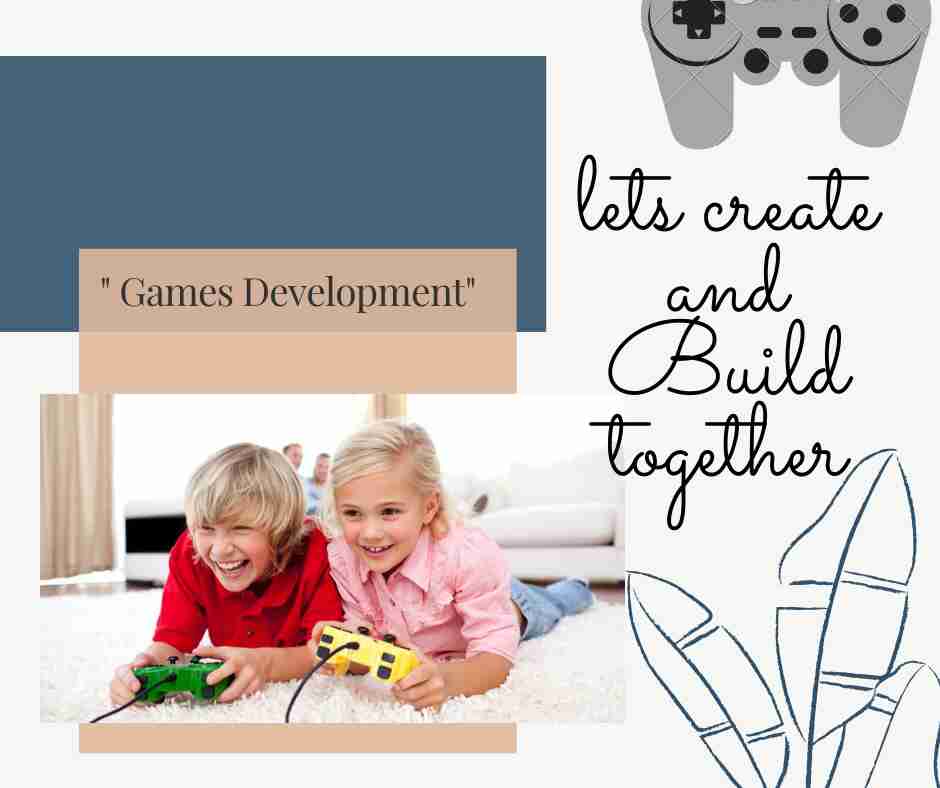 A programming language is another language for communication but instead of humans we are talking about computers, Not to forget how innovative outputs we have got through these computers and one of the innovation coding has provided us is games. Let us discuss how your kids could be the creator of this innovation.

In general, a computer game has four elements which are basics for game programming let us discuss them and understand why they are called elements of Game programming:

There's a good reason why so many computer game packages are covered with exciting illustrations and awe-inspiring screenshots. People tend to buy games because of their graphics, but is it tough for kids to create awe-struck graphics? No, Firstly they can create some basic stuff for a start and if they get interested in this they could be future graphic designers which is a professional skill and requires years of study. For graphics, you should keep one thing in mind that your screens should scream "Play me!" to anyone who comes into viewing distance. Repetitive trials and errors could lead to the building of perfect design.

We are always surrounded by sounds, thus feeling lively while playing sounds helps a lot. Imagine you are playing a racing game and there is no sound, maybe some people like it this way but most of us love sound effects. It gives a more lively environment for us. Although you shouldn't fill your player's ears with unnecessary noise, you should provide as many sound cues as appropriate.

The interface is a system of visual components which helps the user in interacting with game story or games. A good interface makes gameplay better and easy for players. One advantage of being a young developer is you are the audience as well as the creator thus you can create what ease your work as a player. The interface includes how the game is connected to the outer world like how you will manage your game? will it be a keyboard, mouse, etc.

Testing means verifying what we have created. For young coders you can understand it like; play your game and testify whether any error or problem you faced while playing it like not functioning of some rules or scores and getting updated. As a professional level, we have testing as a skill and profession, that includes testing games on the basis of some defined standards. 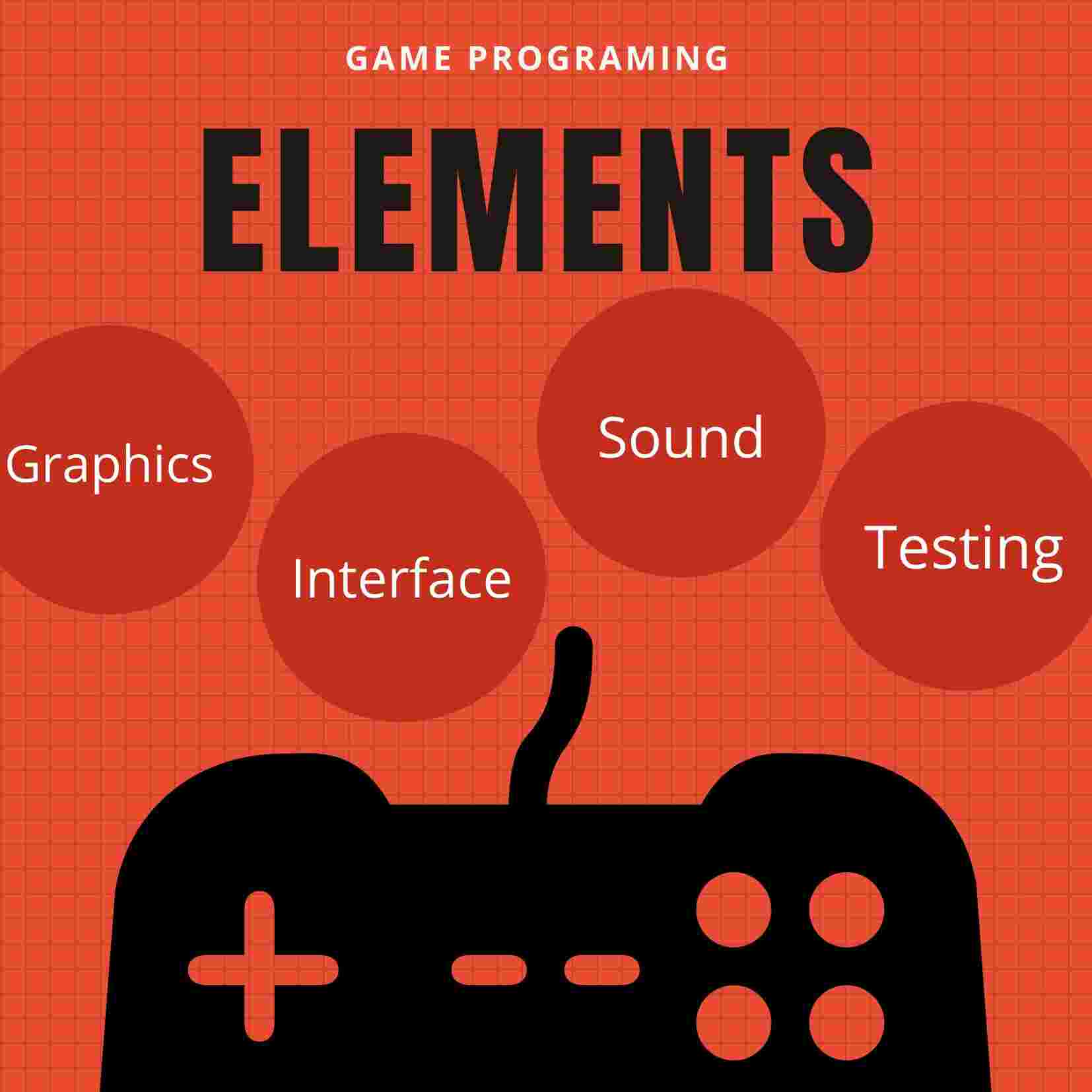 Although the above mentioned are some basic elements of Game Development but we can classify them further. But as per now for basic knowledge for how games are created these are enough. We need to understand these terms and elements as we will be using these terms and without knowing the basics you can't understand what you are creating.

Codes are the basic building blocks of Games. You can create different characters of games to provide the best themes but what gives life to games is code. It makes the character move, or fight with enemies and everything we desire in our game can be fulfilled using coding. In short, codes give wings to Games.

Let us discuss Some options that are easy and flexible for kids to code a game:

Scratch is one of the best examples of visual programming for creating games. The Crusty Quest, Moonlight Valley, Lava Run are some examples of trending games created from scratch and those can be created by kids with just some drag and drop actions.

Blockly, another visual programming language that provides games for tomorrow's programmer which could be your kid. Puzzle, Maze, Turtle are some games that help young minds creating and playing games while getting knowledge of coding concepts.

2. Text Coding - Text Coding could be tough for a pure beginner but with the basic knowledge of any language will minimize our work. Many languages exist but for game programming, there is a subset of languages. Let us discuss some of the popular languages which are used a lot these days.

Javascript for Games - Javascript along with HTML and CSS is one of the most popular languages for creating Games because it can target multiple platforms. It is a powerful tool which is capable of creating several different types of games, like:

Role-Playing Game (RPGs) -If your kids want to be a Superhero and save the world, RPGs are best for them. I remember my 7-year-old nephew saw me playing Star Wars - Knights of the old republic and he asked me how? I thought he wanted to know how to play this game but he said How to create this game? At that time I understood how curiosity could help kids to create what they are seeing. RPGs excites most of the kids which attract their mind to create them.

Underrun -This is a shooter game where you run in a destroyed lab and your goal is to kill the spider-looking enemies and find the terminals and reboot the systems. The game is quite famous amongst young minds and all the actions being done in this game are created using javascript.

Pygame Library of Python- Once kids have an understanding of the basics of Python programming, they can now expand their abilities using the Pygame library to make games with graphics, animation, and sound. For your reference python is one of the easiest languages to learn when moving from Block coding to Text coding and Pygame is a library used for creating games. Many games including tic tac toe and sudoku are modified using pygame for their better version.

C++ Programming - It is an Object-Oriented programming language which helps in the reusability of blocks of codes. It allows more direct control over the hardware and graphical processes which is a plus point for creating games using C++. For creating the graphic part we have a graphic library that helps design part. Counter-Strike, Doom III Engine, and Invictus are games created using the C++ programming language. 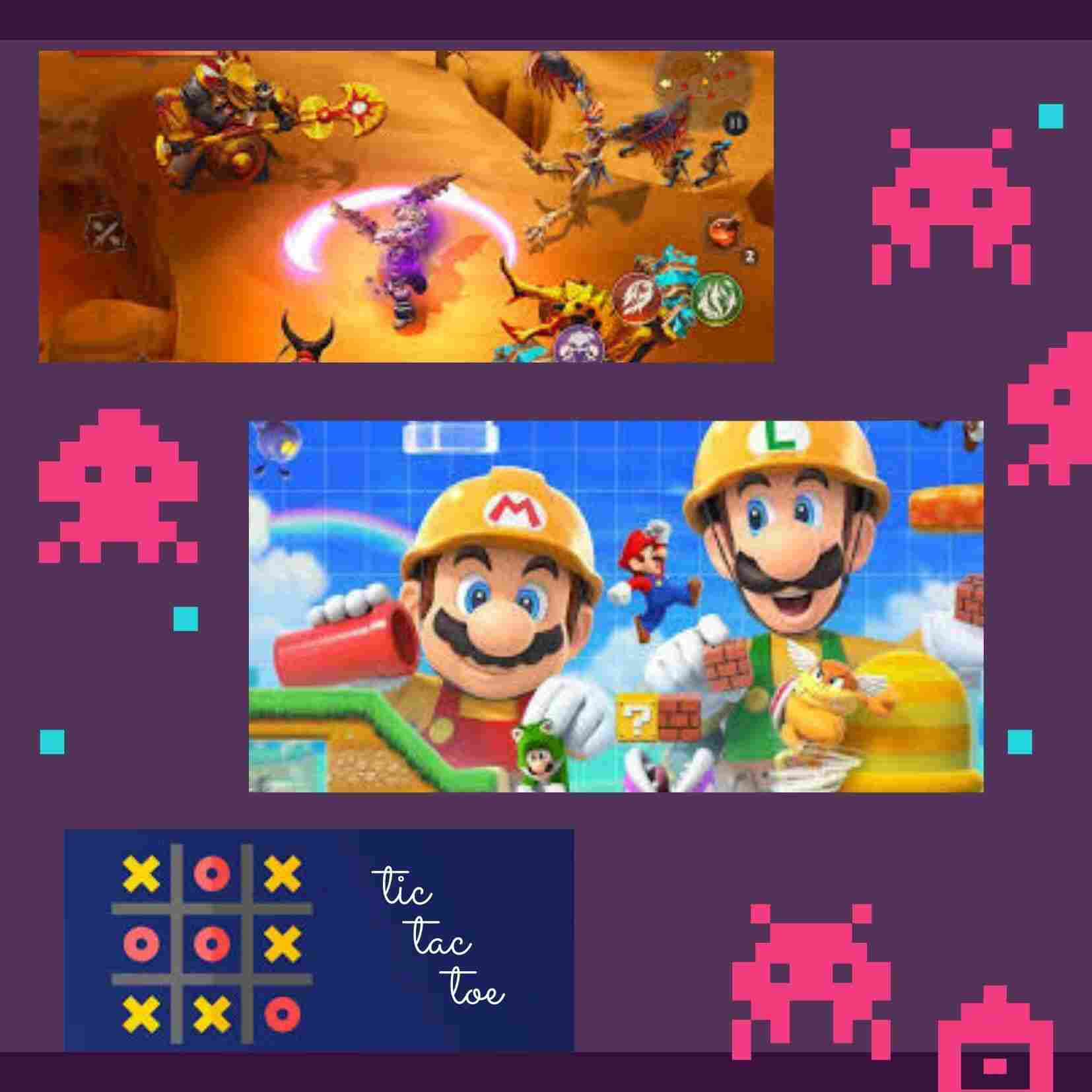 Steps for Creating a Game

Game development includes a series of tasks that we have discussed. For kids, Games are a source of entertainment and they can create these games using the steps we have mentioned. Also, we have discussed both easier and traditional ways to create games. For the starting phase, kids can go for visual coding but with knowledge of text coding, they should shift to the real programming world as most of the coders call it. The steps mentioned could help them go step-by-step without complicating things. Nothing is tough when we actually want to do it, So Junior Coders go for it.