What is Coding (or, Coding - Decoded) 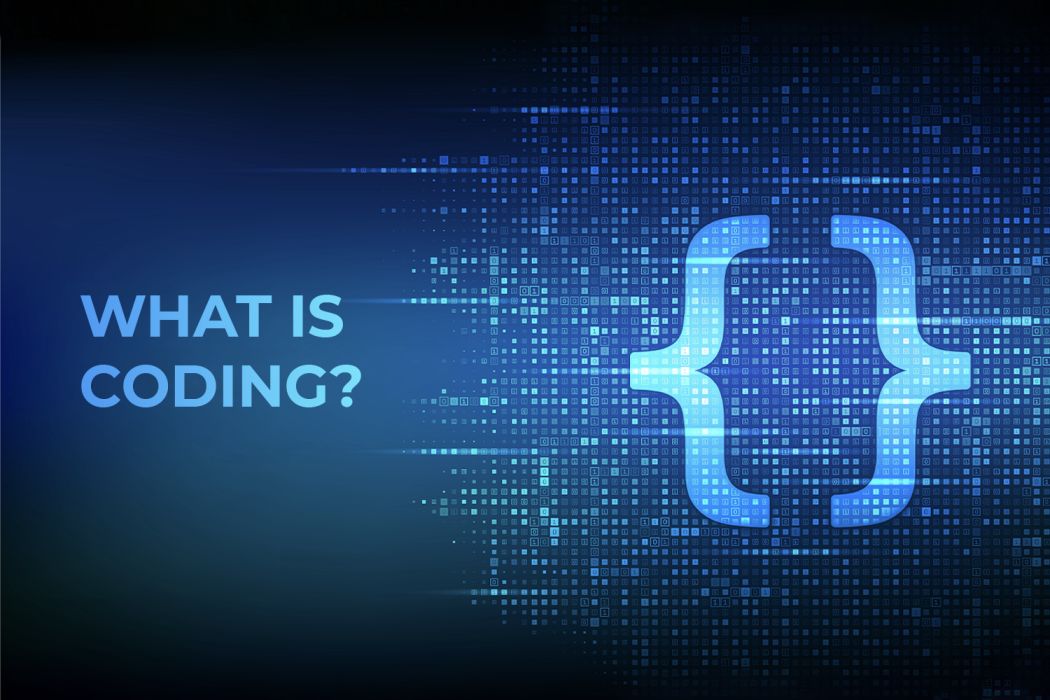 In this blog, we will learn the following:

The process through which we connect with computers is coding, sometimes known as computer programming. Creating code asks to write a set of instructions in a computer-friendly language since it directs a machine. If you learn to write code, you can quickly teach computers what to do and behave in a human-friendly and beneficial manner. This skill set may be used to build websites and applications and data processing, and a range of other activities. Computers are the future, yet they lack the ability to think for themselves. They are reliant on others to provide them with instructions.

Coding is a set of instructions and directives that tell computers how to carry out a specific activity. Coding may be used to create a variety of things, including computer software, games, applications, and websites. The use of programming languages to train computers and other devices on how to accomplish specific jobs and achieve desired results is known as computer coding. It's a means for people and robots to converse and cohabit effectively. It's what enables us to build computer software from the ground up, such as programs, operating systems, and mobile apps. Coding is a way of telling computers and other devices what to do and how to accomplish it. It's what we use to make the websites, applications, and other technologies we use every day. Beginning coding and learning the principles of programming may be done by children as early as seven years old. As technology has been increasingly intertwined into everyday life, coding for kids has gained in popularity in recent years. Learning to code as a youngster can open up a whole new universe of possibilities for them later in life. Coding for kids demands the use of high-interest resources for creative work. Playing games is a common way for youngsters to learn to code.

It's what we use to make the websites, applications, and other technologies we use every day. Beginning coding and learning the principles of programming may be done by children as early as seven years old. As technology has been increasingly intertwined into everyday life, coding for kids has gained in popularity in recent years. Learning to code as a youngster can open up a whole new universe of possibilities for them later in life. Coding for kids demands the use of high-interest resources for creative work. Playing games is a common way for youngsters to learn to code. Schools all across the world are pushing youngsters to learn how to code, from coding games starring characters from Doctor Who and Frozen to after-school activities.

Computers are electrical devices that make use of transistors. Devices that switch on and off are known as transistors. You get a computer when you combine tens of thousands of these transistors or on/off switches. It's a little more complicated than that, but we won't get into it for ease of understanding anymore. After being told whether to turn on(1) or off(0), these switches turn on or off. You can make computations since each transistor is either a 1 or a 0, and thousands of transistors are operating and working in combination at the same time. Visual blocks, such as 'procedures,' 'loops,' and 'conditional instructions,' are frequently used to depict programming concepts and vocabulary for younger learners. Children are motivated to think strategically to solve problems and deal with situations when learning to code in primary schools.

What are Programming Languages?

A person could never read hundreds of lines of codes and figure out which actions to take as quickly as a machine can. The tools we use to create computer programs are known as programming languages. Binary – sequences of 1s and 0s – is how computers "think." Using programming languages, we can convert 1s and 0s into something humans can understand and write. A programming language is a set of symbols that link humans and computers, allowing us to translate our thoughts into commands that computers can comprehend.

This makes them easier to write in than low-level programming languages while translating them into machine code for the computer takes longer.

There are a variety of job opportunities in the vast realm of technology if you know how to code. Programmers are in high demand all across the world. You can utilize your coding skills as a freelancer, specialized organizations, side projects, or start your own company. Programmer compensation is particularly tempting since it requires critical thinking and scenario analysis. Programmers work fewer hours but earn more money, and they are more adaptable in their daily lives to do their professions. The salaries of computer programmers in India are shown in the table below.

The remarkable technological advancements over the previous several decades have had a significant impact on how everything functions. To discover where the most significant changes have occurred, you must go deeper. Computers were quicker, safer, and more reliable, replacing millions of labor hours and analog machine warehouses. Because computers operate on code, it's no surprise that code can be found almost anywhere. From ovens to smart televisions, computers will continue to replace obsolete gadgets. Coding will also become more common in our everyday lives.

Computer science deals with high-level concepts, even though coding is used in almost every aspect of modern life. A computer language is used to write any program on a phone, tablet, or computer. It's also used in other digital devices like smart TVs and calculators. In almost every contemporary car, it is used for anything from air conditioning to reverse parking. Computers are used in cities to control traffic lights. Thanks to computerized technology, formerly analog operations have been simplified. Engineers can use this information to create a more efficient and cost-effective system, structure, or piece of equipment.

In some of the most advanced technical disciplines, coding is also employed. We see various instances when computers appear to be an unavoidable part of our everyday lives. Breaking down issues into smaller chunks, developing a program with your own logic and procedures, and finally giving a solution is what programming is all about. Coding necessitates a thorough examination of a problem, the organization of your thoughts, the application of logic, and the development of a solution. Every time you face a new challenge, you must use your head; you may need to make your own rules and adopt a logical approach. As a result, programming is a mental workout that strengthens your problem-solving and reasoning skills.

Learning to code will teach you how to understand the world and solve problems that we face every day, and it is the most effective way to make a difference in the world. You are appreciated for assisting people with computer technology. You gradually get wiser as you grasp the overall picture of a real-world problem and use reasoning to solve it. Teaching children basic programming skills, especially at a young age, opens up a world of opportunities for them to grow and thrive. Learning to code helps children develop critical thinking skills and prepares them for a future in which technology is increasingly important. We think that every child should have the chance to learn to code, so we've worked with schools to offer courses that teach kids how to code in a fun and valuable way.

It's not only about the growing need for programmers throughout the world. The benefits of knowing how to code have an influence on the personalities and mental health of youngsters. Among the benefits are the following:

Learning how to code

There are practically infinite methods to learn to code these days. According to a recent poll, the majority of computer programmers hold a bachelor's degree. On the other hand, some companies are willing to hire programmers with a wide variety of degrees and programming language experience. This is, however, a trend that is changing these days. These programming languages may be taught in a pleasant and engaging way via websites and coding programs. The primary purpose of these engaging and participatory platforms is to promote coding as a future skill rather than a certification.

While websites like Codehub and Encode are beneficial, there is a new interactive platform where children are taught to code from an early age in order to promote the notion of learning to code at an early age. After all, kids are kids, and the first entirely technical device they'll get their hands on, rather than a laptop or desktop computer, will most likely be a smartphone. Learning to program on a mobile device will be helpful later in life since children will be accustomed to and enjoy it. There are several advantages to learning to program on a mobile device.

We now know why children should be taught to code at a young age, but it's also critical to remember that they should be able to code on mobile devices. There are several advantages to learning to program on a mobile device. Cellphones, which are more portable than computers, enable children to do whatever they want while on the road. They may also use the smartphone to test and execute their code, experiment with new features, and complete other activities. Because there are few decent mobile compilers, the kids will probably see the issues and design their own, improved versions to help other kids learn to code on their phones.

At Curious Junior, we're working on Coding On Mobile to assist these student developers code on their phones instead of using computers or large displays. As well as numerous levels based on our students' preferences. With the exception of Beginner. CuriousJr employs a four-step impact-based learning technique that has been precisely built for modern-day learning in Advanced and Intermediate levels. These procedures include video learning, coding experience, assessment, and real-time game production. All of this is available on a mobile device, and the gamification of the concepts has made it simpler for students to stay engaged and committed to their studies. This type of education will eventually accelerate youngsters beyond their chronological age, culminating in the next generation becoming even more technologically advanced than previous generations.